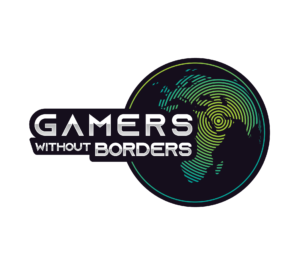 Riyadh, Saudi Arabia, 22 April: Gamers from all corners of the globe are being rallied to unite and join the fight against Covid-19 by battling it out against each other and the world’s elite in a series of daily-prized and unprecedented US $10 million charity esports tournament, known as Gamers Without Borders, set to take place between April 24th and June 7th 2020.

The seven-week long mega-series, which includes daily and weekly public tournaments and prize giveaways worth a further US$2million, is inviting gamers of all abilities to sign-up now at www.gamerswithoutborders.com  to enjoy the chance to compete in an action-packed schedule on some of the world’s most popular game titles. Ahead of the opening event organizers plan to announce the specific leading titles to feature in the global tournament as part of the exciting build up.

Created by the Saudi Arabian Federation for Electronic and Intellectual Sports (SAFEIS) and supported by the world’s largest esports company, ESL, as technical partner, Gamers Without Borders is open to all gamers worldwide.

The tournaments will operate on two levels: an amateur battleground for gaming enthusiasts that will feature six global community tournaments-a-week for the public across the major titles, and international elite level where the best performing amateurs will climb to go toe-to-toe with professional gamers.

Up for grabs at the elite level is a share of a generous US$10 million charity prize-fund, to be distributed between 12 different organizations leading the fight against Covid-19 selected by Saudi Arabia’s King Salman Humanitarian Aid and Relief Center, including the World Health Organization COVID-19 Solidarity Response Fund, GAVI The Vaccine Alliance and Direct Relief.

Tournament winners will pick the non-profit of their choice to support the heroic work charities are doing in the face of the global pandemic. Sponsorship revenue generated during the event will also be directly donated to charity.

His Royal Highness Prince Faisal bin Bandar bin Sultan, chairman of the Saudi Arabian Federation for Electronic and Intellectual Sports (SAFEIS), said: “In this difficult period where the world feels more disconnected and distant than ever before, we are extremely proud that, through Gamers Without Borders, our Kingdom will unite and connect the global gaming community in response to Covid-19 and ultimately help save lives.”

“Much of the world is in lockdown. Many feel helpless in response and alone. Yet the simple beauty of esports is that it is digital by design and can be enjoyed by everyone, anywhere and at any time. It has never been more relevant and now is the time for all gamers to join together and contribute to the cause.”

In a technical partnership with leading esports company ESL, the tournaments will be streamed live for millions to watch, ensuring the highest standard of experience to gamers and viewers alike. ESL will support Gamers Without Borders in providing a broadcast feed in eight different languages, amongst them Arabic, English, Spanish and Mandarin to provide a truly global experience reaching communities all over the world. The broadcast will also include a fundraiser for fans watching to directly donate to the charity of their choice from the 12 selected.

Commenting on the partnership, ESL’s VP Business Development MENA Abdelatif Sakkoum said: “Leaning on our 20 years of esports experience, ESL accepted to become a partner of the ‘Gamers without Borders’ charity tournament to set up a large competition across eight esports and gaming titles within a very short time frame.” He added, “We’ll provide and create the best possible conditions to set up a month-long competition for this vital cause.”

A wide range of other exciting activities will continue to be announced throughout the event. Gamers Without Borders will host a special Saudi top-flight football tournament. Substituting the football action on the pitch, eager fans will be able to enjoy watching three unprecedented formats take place across a football-packed month which will see esports athletes, professional footballers and fans face off head-to-head. Further details on dates and participating players will be announced in due course.

Tournament organisers have confirmed that the globally renowned titles to feature, the full list of charities to benefit and the gaming schedule will be announced in coming days. To register in taking part in the event, please go to www.gamerswithoutborders.com Keep up to date with all the news surrounding the event by following the event’s social channels on Twitter @gwbps, Instagram @gwbps_en, Snapchat @gwbps, Facebook @gwbps, Youtube @gwbps.

About Gamers Without Borders

Gamers Without Borders is a series of unrivalled online esports elite and mass tournaments connecting and uniting the world of gaming in the fight against Covid-19. In an unprecedented worldwide event, gamers will compete for a $10 million prize pool, all of which will be donated by the winning players and their teams to twelve charities and organizations. Additionally, all sponsorship revenues will also be donated to the same list.

Taking place between April 24th and June 7th, the event invites the world’s best esports athletes to compete across major gaming titles broadcasted live to a global audience. Other weekly mass tournaments are open to gamers across the world for a chance to qualify to play among the elite, in addition to mini tournaments and one-off games throughout the seven-week period.