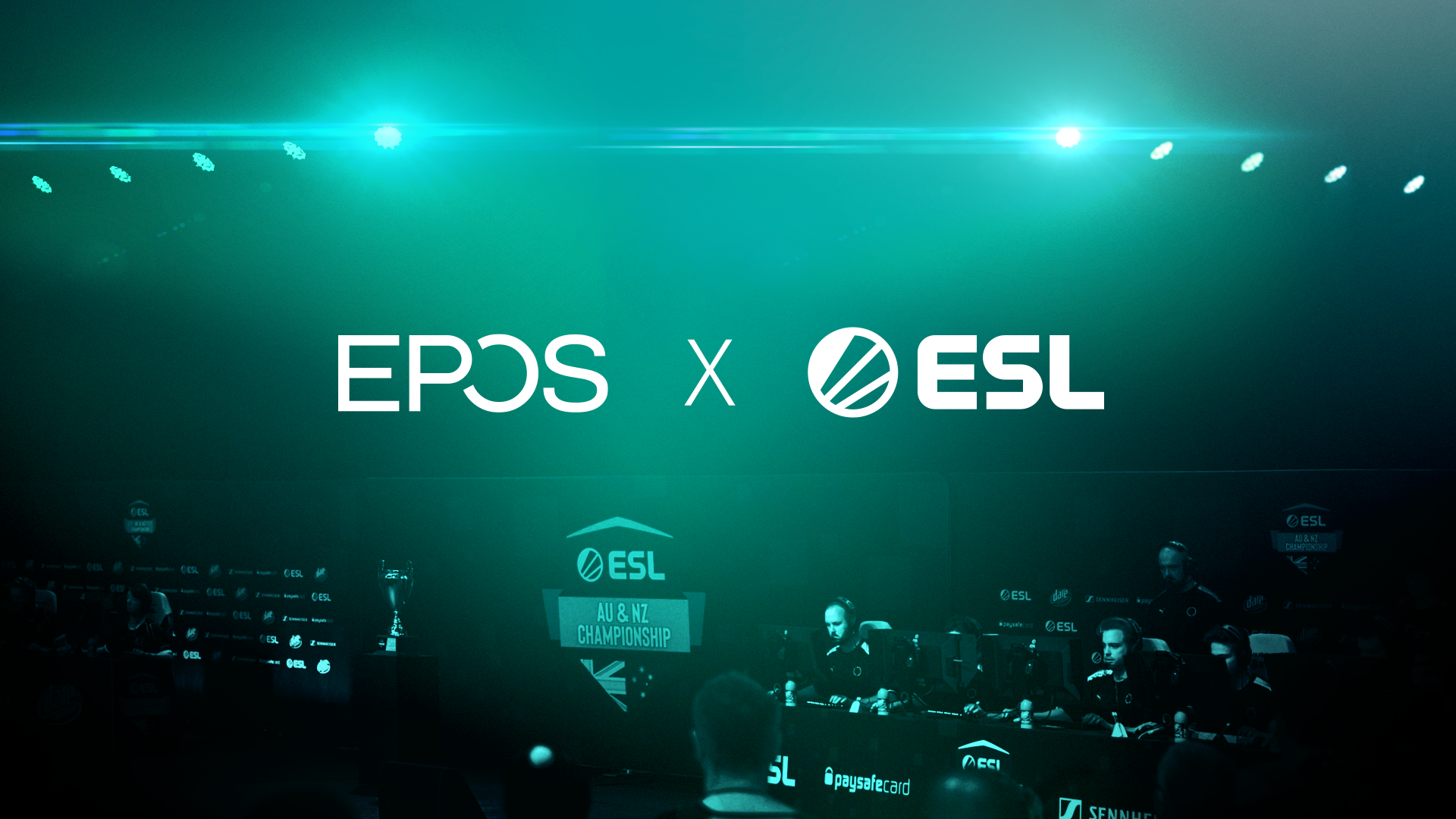 The partnership will see EPOS’ range of premium audio peripherals used on set by the talents during the ESL ANZ Champs broadcasts each week, with the broadcast taking place from ESL’s new Sydney studios.

“I use a GSP 670 headset at home, so EPOS was at the top of my list of audio partners.” said Graeme Du Toit, Head of Sales & Marketing at ESL. “Outside of s-tier audio, a big focus for us this year is to give the audience an authentic look behind the scenes. EPOS is helping us to do this by enabling two new segments. The first is a team comms segment, to highlight what happens during key moments throughout the league and the second is a technical pause segment, where our talent will take a step back from the match itself; speak to what’s happening in the server, and chat to the audience.”

“We are excited to bring EPOS on board as the Official Audio Partner, and look forward to highlighting excellence in audio through their range of products each week on the ANZ Champs broadcast.” said James Fletcher, Product Manager at ESL. “Whether it’s hearing where a footstep came from in CS:GO, or noticing a sound cue in StarCraft 2, audio has always been a critical component of success for professional players – having the right gear can mean the difference between winning and losing an important match.”

“As a leading esports organization, ESL is an obvious partner for EPOS. Their focus on professionalism and performance make them a perfect match for us. Dedication to premium audio is in our DNA and being able to realize this through this partnership is exciting for EPOS’ ambitions to bring the power of audio to all gamers.”  Maja Sand-Grimnitz, Head of Global Marketing, EPOS

Fans can tune in to the first ESL ANZ Champs match of the 2021 this Monday, March 8, 2021 on twitch.tv/esl_australia.

ESL Gaming is the world’s largest esports and gaming lifestyle company. Since 1994, the company has been shaping the industry and leading esports and gaming innovation on a global scale across the most popular video games with numerous online and offline esports competitions, and through premier gaming lifestyle festivals. The company operates high-profile, branded international leagues and tournaments under the ESL Pro Tour, including ESL One, Intel® Extreme Masters, DreamHack Masters, ESL Pro League, and other preeminent, stadium-size tournaments. ESL Gaming also produces and hosts DreamHack Open tournaments, ESL National Championships, grassroots amateur cups, matchmaking systems, and DreamHack’s gaming lifestyle festivals — which feature everything gaming under one roof. ESL Gaming is part of MTG, the leading international digital entertainment group. More information is available at http://eslfaceitgroup.com/esl-australia

Based on pioneering technologies and contemporary design, EPOS designs, manufactures and sells high-end audio and video solutions for business professionals and gamers.

Established upon the former successful joint venture between audio specialist Sennheiser and the world-leading hearing technology group Demant, EPOS builds on more than 115 years of experience of working with innovation and sound.

Owned by the Demant Group and with headquarters in Copenhagen, Denmark, EPOS operates in a global market with offices and partners in more than 60 countries.