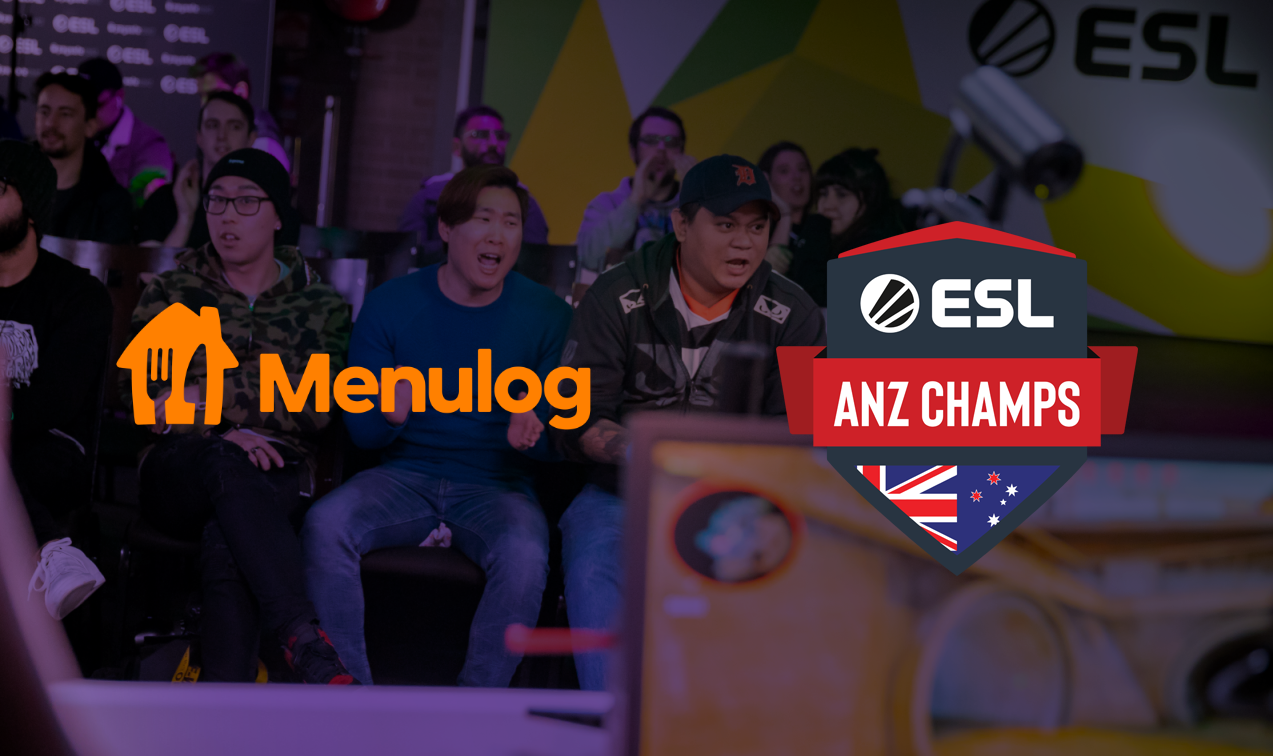 Thursday, 11 March 2021 – Australia’s favourite food delivery service, Menulog and ESL Australia, the local division of the world’s largest esports company, ESL, have today announced an extension to their partnership for 2021.

This is another step in Menulog’s support of the esports and gaming communities, and the partnership will enable multiple new broadcast segments in the ESL ANZ Champs this year.

Graeme Du Toit, Head of Sales & Marketing, ESL Australia said: “This partnership is a natural fit for the ESL ANZ Champs. Our production team often works late into the night at our studio, and Menulog regularly saves the day as there aren’t many food options in the close vicinity.”

“Outside of their support into the real gamer hours, Menulog will be powering the most hype and humorous content in ANZ Champs this year, as well as a new segment that will see our talent kicking back, eating some good food and talking about the wider esports and gaming space. Making our show a bit more casual, and audience focused is one of our goals this year, and this ‘ANZ esports mukbang’ that Menulog is helping to create is a big part of that. This segment will also see a lucky viewer walking away with a free dinner each show.”

Menulog’s Marketing Director, Simong Cheng, said: “Following a successful partnership with ESL last year; Menulog’s first foray into esports and our first-ever gaming-focused creative, we’re proud to continue our support for this rapidly growing sport. We saw an exceptionally positive response from customers, particularly between 8pm and midnight during broadcast activations, so we know there’s a big appetite amongst gamers for local food, delivered by Menulog. We’re excited about some of the Menulog powered broadcast segments fans will see in ANZ Champs this year.”

ANZ Champs broadcasts will be happening each week, with the broadcast taking place from ESL’s new Sydney studios.

Fans can tune in to the first ESL ANZ Champs match of the 2021 this Monday, March 8, 2021 on twitch.tv/esl_australia.

More information about the partnership between ESL and Menulog can be found on press.eslgaming.com and pro.eslgaming.com/anz.

ESL Gaming is the world’s largest esports and gaming lifestyle company. Since 1994, the company has been shaping the industry and leading esports and gaming innovation on a global scale across the most popular video games with numerous online and offline esports competitions, and through premier gaming lifestyle festivals. The company operates high-profile, branded international leagues and tournaments under the ESL Pro Tour, including ESL One, Intel® Extreme Masters, DreamHack Masters, ESL Pro League, and other preeminent, stadium-size tournaments. ESL Gaming also produces and hosts DreamHack Open tournaments, ESL National Championships, grassroots amateur cups, matchmaking systems, and DreamHack’s gaming lifestyle festivals — which feature everything gaming under one roof. ESL Gaming is part of MTG, the leading international digital entertainment group. More information is available at http://eslfaceitgroup.com/esl-australia

Menulog is an app-based food delivery service offering Australians the greatest choice of restaurants and cuisines across the country. Menulog connects more than 3.4 million active customers with more than 26,000 local restaurants, servicing more than 87 percent of the addressable population.