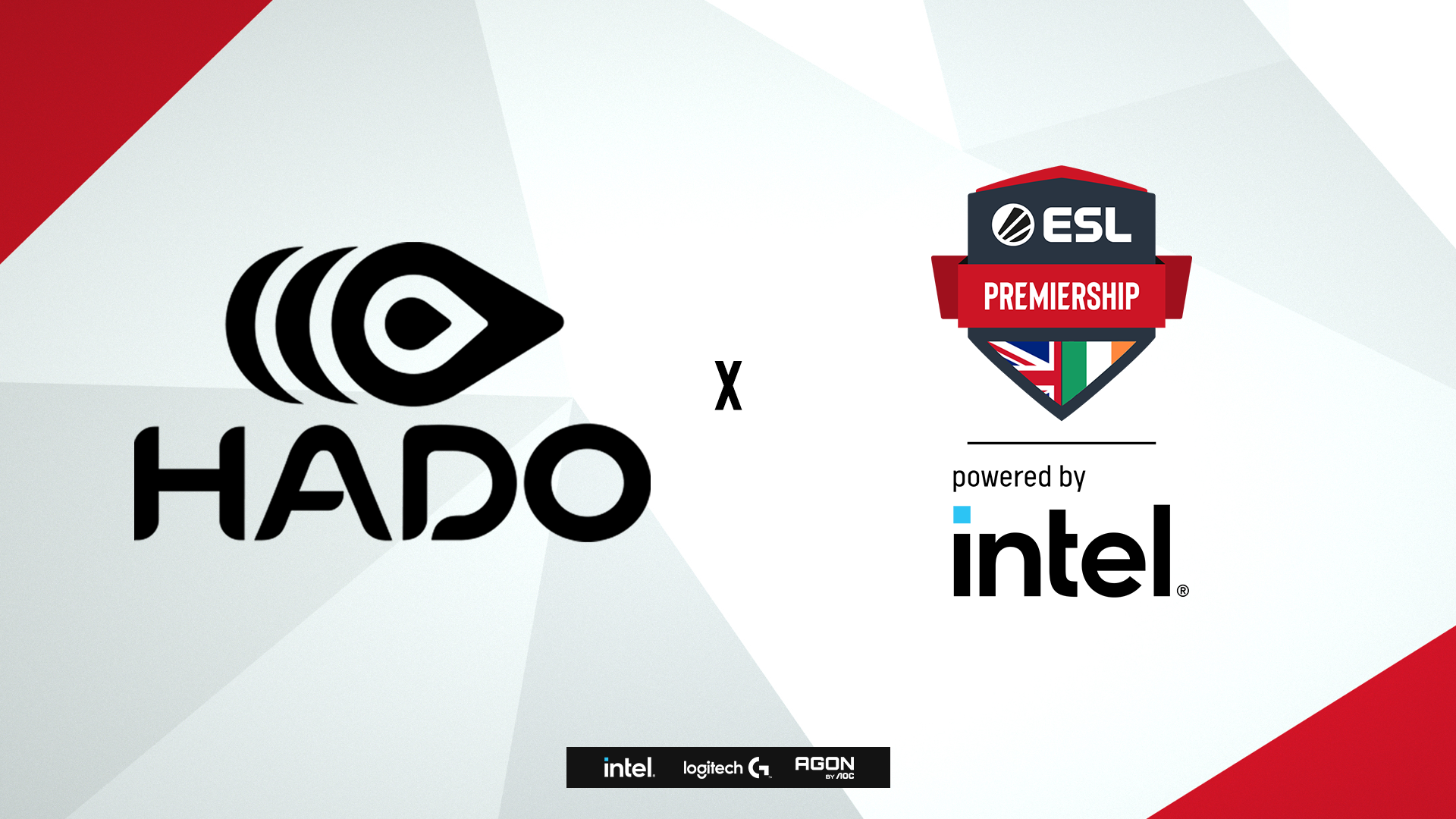 The World’s Leading Esports company will host a 12-Team invitational tournament at Insomnia 68, opening the doors for Augment Reality Esports Game, HADO, in the ESL Premiership.

London, UK – The ESL Premiership, the UK’s longest standing esports tournament in operation since 2015, will play host to the HADO Invitational at the upcoming Insomnia 68. On Sunday 17th April, the first AR game to be featured in the tournament ecosystem will debut with 12 Teams competing for their share of a £1,000 prize pool.

HADO is a fast-paced, physical, team sport that sees teams target each other with attacks only visible to players and live feed spectators. Points are accumulated by hitting your opponent and removing them from the field of play. The team with the most points at the end of the 80 second round, are declared the winner.

There’s more to the game than purely firing augmented reality energy blasts at each other as Jim Sephton, Managing Director of UK HADO says: “The strategic choices that teams make in allocating stat points and the synergy between different sets of options have a massive effect on the outcome of a match. Not just knowing what works well for your team, but what choices are likely to give you the edge against your opponents.”

With HADO’s global presence, comes a global esports circuit. Arenas all over the world send their best teams to compete at the HADO World Cup. Brighton’s Team IDK are the consecutive UK Champions and have represented the region in Japan at previous World Cups.

“The ESL Premiership has always been an innovative platform allowing for new games, formats, technology, work flows, creativity and talent to try things out.  HADO is no exception, for the first time we’re extremely excited to implement a high paced physical augmented reality and highly competitive video game into our national league.  In many ways this is a demonstration of the inevitable natural convergence of esports and sports and absolutely defines part of the future in competitive sports.” – James Dean, Director UK Strategy and Commercial, ESL Gaming

Teams from the established Coventry and Brighton arenas have been invited, alongside teams from Warwick University, Birmingham City University and Barnsley College. Teams made up from members of the Armed Forces will also be competing, RAF Halton plays host to one of the many HADO Arenas in the UK. They will be divided into Pools, with matches taking place to create a 4-Team Playoff Bracket.

All the action will be broadcasted live from Insomnia, featuring expert commentary and a virtual studio, hosted in York. The remote production is another innovation of the ESL Premiership, allowing for a curated broadcast product wherever gameplay may be hosted.

Tune into the ESL Premiership HADO Invitational, live from the expo floor on Sunday 17th April at 12:00 PM on the ESL UK Twitch Channel. If you would like to try HADO for yourself, be sure to visit the Arena during Insomnia 68, or visit the ever growing roster of HADO Arenas in the UK, see ukhado.com for more information.

ESL Gaming is the world’s leading esports company. For more than two decades, we have been shaping the industry and leading esports and gaming innovation globally across the most popular video games, creating a comprehensive ecosystem with opportunities for players to go from zero to hero, and for fans to witness the best stories esports has to offer. Our portfolio consists of high-profile products such as the ESL Pro Tour, Intel® Extreme Masters, DreamHack Festivals, the Snapdragon® Pro Series, and many more, ranging from grassroots to global elite competitions. ESL Gaming is part of MTG, the leading international digital entertainment group.

More information is available at about.eslgaming.com.

As an Augmented Reality (AR) sport, HADO puts the power of energy blasts and shields in the hands of players on a real-life court. While the rules are simple, the depth of offensive and defensive strategy is infinite. HADO redefines the landscape of sports to push athletes farther than anyone ever thought possible. Combining the speed and energy of classic sports with the level playing field of esports to create a new evolution of competitive play.

From it’s inception in Japan in 2016 the sport has spread globally to over 30 countries, with new arenas and partner venues opening on a regular basis. For the UK this means a host of opportunities to get involved with the sport and make the journey from Grass Roots matches to UK Championship, European Championship and World Cup.