The ESL ANZ Champs Returns With A New Look For 2020 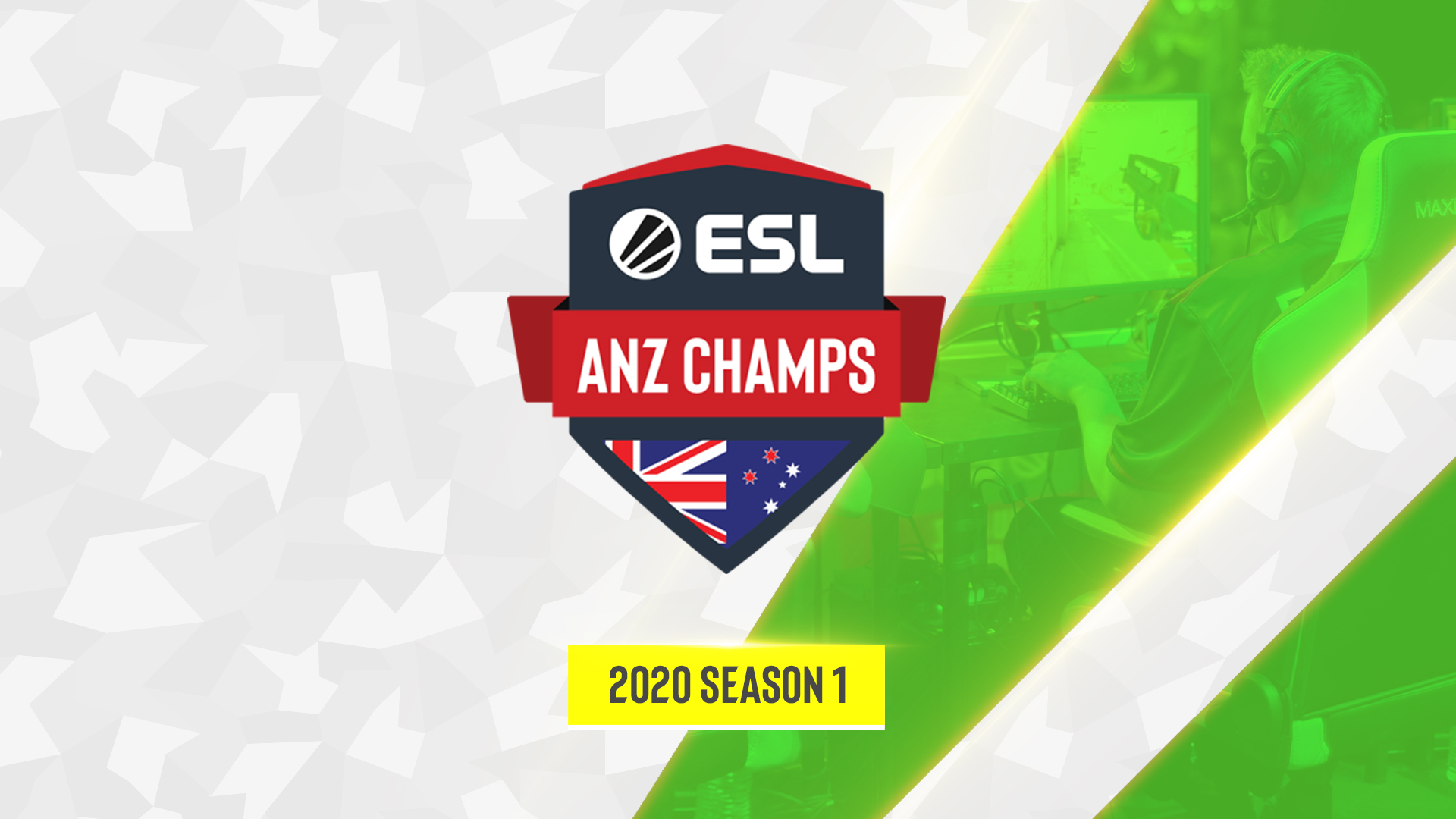 Sydney, Australia, February 5 – Today ESL announced the return of the ESL ANZ Champs for 2020, with a new name and focus for the program in its 5th year. Counter-Strike: Global Offensive will debut as a launch title in the ESL ANZ Champs, with two more unannounced titles to be detailed at a later date.

“Moving into 2020 and a new decade, we felt it was the right time to embrace a clean visual identity for our national championships.” said Brad Baldwin, Product Development Head at ESL Australia. “As well as a new social & broadcast look, the ESL ANZ Champs takes on a new name, which speaks to our continued development as an authentic, local product for an Australian & New Zealand audience.”

In Season 1 2020, Counter-Strike: Global Offensive in the ESL ANZ Champs will further solidify its position as the premier CS:GO tournament for Australia & New Zealand competitors. The first season is set to run over multiple weeks of competition,  with every match of the group stage, playoffs, and finals broadcasted from the ESL Studios in Sydney.

“Esports in Australia & New Zealand is evolving rapidly, with players at the top echelons of competition now setting their sights on further global opportunities.” said James Fletcher, Product Manager at ESL. “We are in the unique position at ESL to provide pathways that enable players to compete on the world stage, and look forward to announcing further details on global opportunities soon.”

ESL, a part of the international digital entertainment group MTG, is the world’s largest esports company, leading the industry across the most popular video games with numerous online and offline competitions. It operates high profile, branded international and national leagues and tournaments such as the Intel® Extreme Masters, ESL One, ESL National Championships and other top tier stadium-size events, as well as grassroots amateur cups, leagues and matchmaking systems. ESL covers a broad field of services in gaming technology, event management, advertising and television production, fully catering to the needs of the esports ecosystem. With offices in North America, Germany, Russia, France, Poland, Spain, China, and partners in many other countries, it has a truly global footprint (www.eslgaming.com).