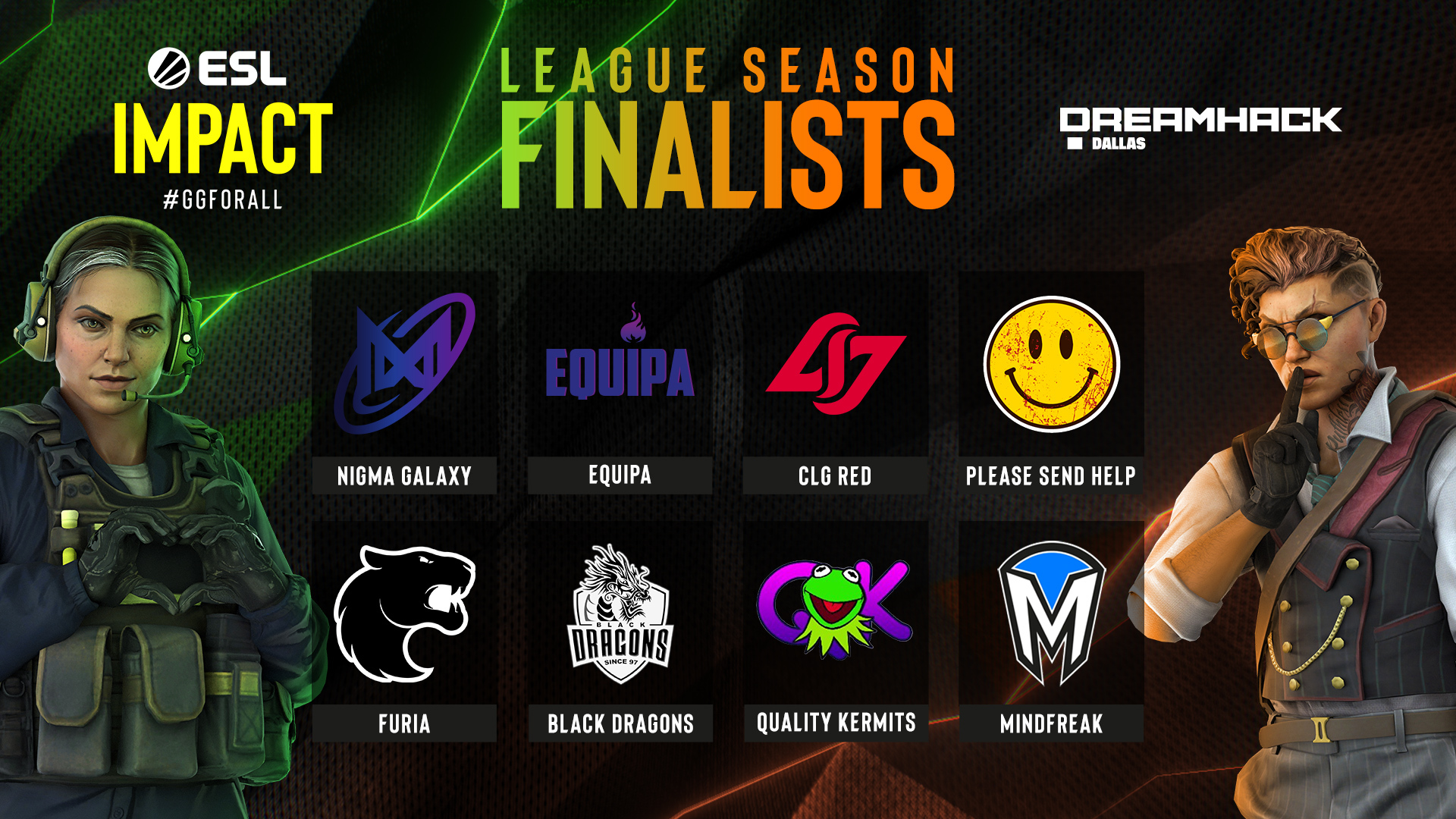 The Season 1 Global Finals features the top teams from the European, North American, and South American leagues and qualifying teams from South Africa and Asia-Pacific.

As part of ESL Gaming’s long-term ambition to create a world where everybody can be somebody, this all-new competitive ecosystem around CS:GO, one of the most popular esports titles worldwide, aims to increase awareness, provide new opportunities, and improve the representation for all women CS:GO players.

The initiative is a part of ESL Gaming’s #GGFORALL program, following the belief that “it’s not GG, until it’s GG for all” and focusing on pushing the boundaries to ultimately make gaming and esports an inclusive, respectful and all-empowering space. The program includes several initiatives to decrease the company’s environmental impact and establish an inclusive gaming community free of discrimination, verbal abuse, and bullying, with more to be presented over the coming years.

Please visit the official ESL Impact website for more information about the CS:GO ecosystem for women. Information on DreamHack Dallas and how to attend can be found at dreamhack.com/dallas.