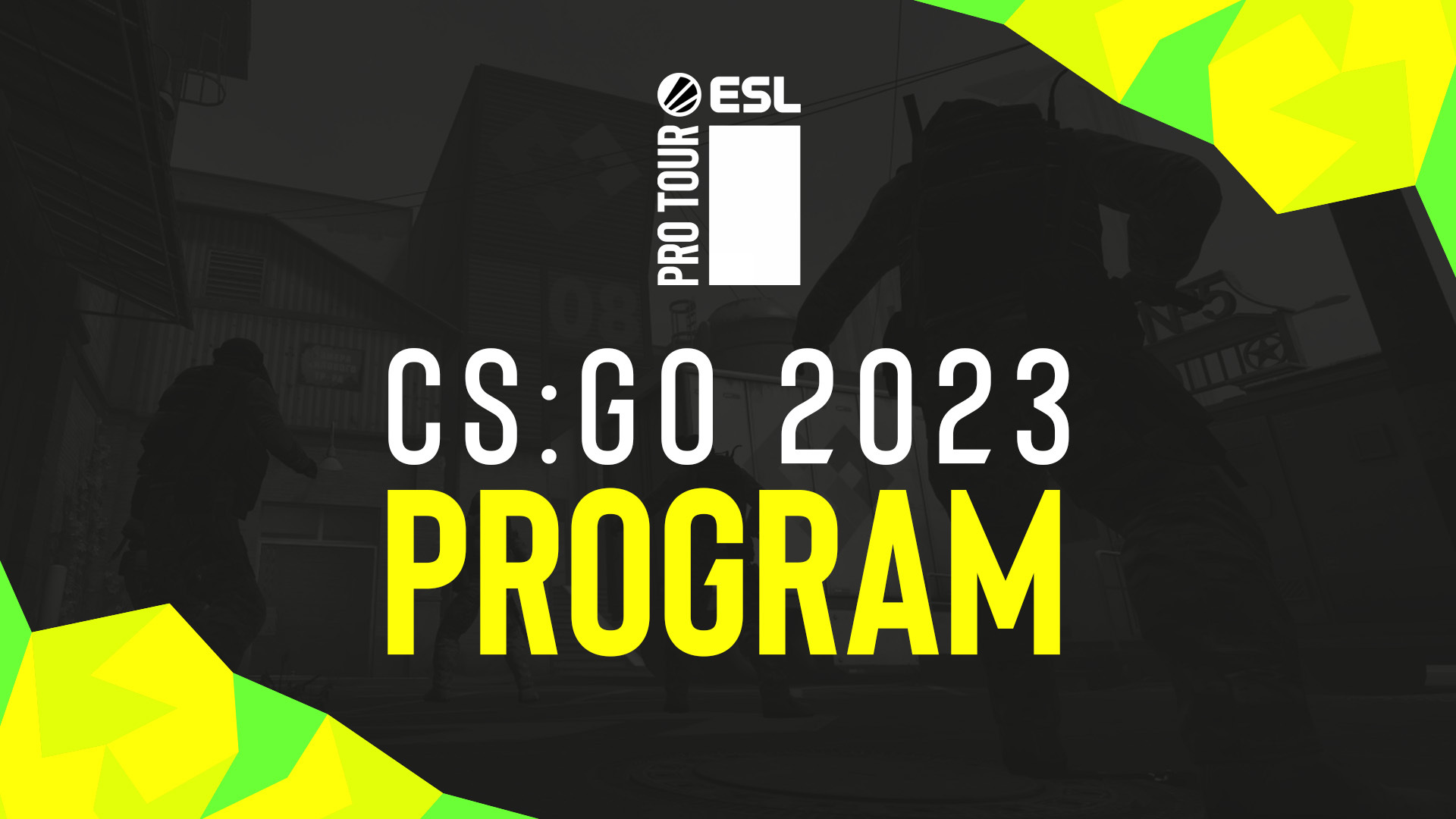 With over 40 tournaments across the globe players, fans and partners alike can look forward to a great esports year ahead

Cologne/New York – ESL FACEIT Group, the world’s leading competitive games and esports company, today revealed the 2023 program for the ESL Pro Tour (EPT) for Counter-Strike: Global Offensive (CS:GO). Featuring over 40 tournaments in 2023 alone, the ESL Pro Tour for CS:GO is the largest ecosystem for the popular gametitle. With several tiers of competition – including EPT Challenger, EPT Masters, and EPT Championships – it provides players from around the globe and at all levels – from aspiring to professional – with the opportunity to compete.

Dates of the competitions in Europe and North America have been announced while the details of tournaments in Asia-Pacific and South America will be revealed later this year.

The most prestigious CS:GO tournaments within the EPT, each featuring a $1,000,000 total prize pool, which ultimately crown the world’s best team.

The details of 2023 tournaments were announced earlier this year with tickets already on sale.

The core of the program which sees top tier professional competitors traveling the world in order to find glory and importantly earn qualification to the EPT Championships.

The EPT Challenger level is the platform for the stars of tomorrow and the home for all aspiring teams. Each tournament offers national or regional opportunities for teams to develop and advance to the EPT Masters level.

“Revealing our plans for the next year is always an important milestone for us! A clear goal each year is to give players, teams, talent, fans, and partners alike the opportunity to plan their year with us well in advance,” said Shaun Clark, Senior Director of Game Ecosystems – CS:GO. “It’s exciting to be looking forward to over 40+ tournaments around the globe, serving all tiers of the CS:GO competitive pyramid – from aspiring to professional. While we’ve planned out these tournaments, our work is not done, as we look to improve and continuously work on putting on amazing experiences for all of our global community.”

The second ticket wave for IEM Katowice 2023 is now live and tickets can be purchased here. The tickets for IEM Cologne 2023 are currently also available and can be purchased here. Additional details of the other competitions as well as information about the ticket sales of the live events will be announced in due course.

Additionally, stay tuned as the 2023 program for ESL Impact, the all-women CS:GO circuit launched under the #GGFORALL umbrella, will be announced later this year.

The ESL FACEIT Group is the leading competitive games and esports company. At EFG we create worlds beyond gameplay where players and fans become community. The company is built on the great legacy of the world-renowned ESL, FACEIT, DreamHack and DreamHack Sports Games brands. We harness this legacy to further innovate and develop the esports and gaming landscape worldwide. Working with our developer, publisher, brand, and media partners, we deliver products and experiences that accelerate gaming culture and make gamer communities come together. Join us on the journey as we help gaming communities thrive by creating worlds beyond gameplay that unite players, fans, and creators around the esports and games they love.

ESL creates a world where everybody can be somebody. For more than two decades, we have been shaping the industry and leading esports and gaming innovation globally across the most popular video games, creating a comprehensive ecosystem with opportunities for players to go from zero to hero and for fans to witness the best stories esports has to offer. The ESL portfolio consists of high-profile products such as the ESL Pro Tour, Intel® Extreme Masters, the Snapdragon Pro Series, and many more, ranging from grassroots to global elite competitions. ESL is part of ESL FACEIT Group, the leading competitive games and esports company.